The range of TECALEMIT FLEXIBLES® technical tubes are divided into 8 families. First the monocomponent tubes :

Mono-component tubes are produced by extrusion, whose parameters vary according to material and diameters, but which practically all have the following stages, wiith the exception of ptfe which is produced by vertical ram extrusion.
First the granules of these thermoplastic materials are brought to their melting temperature, homogenised and compressed by the
helical screw of the extruder.
Passing through the extrusion head, the liquid plastic material is projected towards a cooled calibrated die, under vacuum,
accompanied by a film of water. The tube is then cooled, and its wall thickness controlled by ultra-sound and its outer diameter
controlled by infra-red.
These control figures are used to fine-tune the parameters of the extruder with regards to outer diameter and wall thickness. The
surface of the tube is then passed through a flame before being ink marked by thermo-diffusion, befor arriving at the final traction devices for winding on reels.

Institutes of standards define a certain number of characteristics of polyamide and polyurethane tubes in general use or used for vehicle brake systems. They particularly cover inner and outer dimensions and thicknesses that can be found in the technical characteristics table of MANURIL® and MANULAN® tubes. They also cover working and burst pressures which are also indicated.
These standards also define a certain number of tests which characterise the aptitude of the tube’s use.
For instance :
- Tests on the absorption of moisture checks dimensional stability in humid atmospheres
- Testing the resistance to zinc chlorate checks the aptitude of the tube when used in contact with metallic parts (fittings)
- Aging tests
- Cold flexibility tests
- Cold impact tests which, combined the previous test defines the minimum temperature for use.
Other tests can be defined which concern the quality of the the material and these tests can be found in the preceding paragraph .
One of these tests concerns the load tension :
The burst pressure of a tube is directly issued from the load on the material at a test temperature, according to following formula :

Where for a test temperature :
BP = Burst pressure in bars
LT = Load tension in n/mm2
TH = Thickness of tube in mm
OD = Outer diameter of tube in mm

The volumic mass is the mass by volume unit of a material at a given temperature (°C). It is expressed in Kg/m3 (or g/cm3).
Please note that volumic mass indicated in the comparison table of different materials is, of course, in their solid state as determined
by NF T 51-063.

- Absorption of water and moisture :

Absorption of water plays an important role with regards to electric properties, mechanical properties (for example, polyamides are plastified by water) and for long term properties for materials subject to hydraulic degradation.
The action of water can also give way to modifications in dimensions.
The following table gives water absorption values according to NF T 51-166 and moisture absorption values according
to NF T 51-290.

Transparency is the ability of a body to regularly transmit (without scattering) a beam of light.
It is expressed as a percentage according to standard NF T 51-068 or else according to an approximate criterion.

The elasticity modulus (or tensile modulus) is defined as the slope creating the tangent of the stress-strain curve in low
deformations.
Physically, this characteristic expresses the stiffness of the material (the higher the value, more the tube is rigid).
It is expressed in megapascals (Mpa) and obtained by tensile tests according to NF T 51-034

Yield stress is usually employed as the the yield point. It is defined as the force applied to the yield stress point by the initial section of the sample on which a tensile load is applied according to NF T 51-034 and expressed in megapascals (Mpa).

Breaking stress is defined as the quotient of the applied force at the time when the sample breaks by its initial section.
It is obtained by tensile tests according to NF T 51-034 and expressed in megapascals (Mpa).

- Definition of elasticity in flexion :

The elasticity modulus in flexion or flexion modulus or resistance to flexion qualifies the material’s resistance to deformation.
This value is determined by a flexion test according to NF T 51-104 and expressed in megapascals (Mpa).

Creeping is defined as a slow deformation of a solid subjected to sufficiently prolonged efforts.
Under this constant force, the solid is subjected to a primary deformation during application of the effort and it is only from this point that any deformation is due to creeping.
It is expressed in megapascals and determined by NF T 51-103 and given for 1 hour and 1000 hours.

The shore hardness given in the table is according to NFT 51-109 and obtained by using simple conical indenters with direct reading from 0 to 100 (‘0’ corresponds to full penetration, ‘100’ corresponding to maximum hardness, that is no penetration of the indenter into the material).
Two scales of hardness are used : shore A for soft materials and shore D for harder ones.
The difference in readings comes simply from the shape of the indenter.

- Definition of resistance to friction :

Wear is a loss of material from the surface of a body subjected to a mechanical action and is always due to the contact of the material with a foreign body.
In the case of tubes, it can be the rubbing against a solid body, contact with an abrasive element or contact with a point,
creating a scratch.
Wear is measured in mm2 (of surface worn during test) or in mm3 (volume of material recuperated following friction test) as well as the tangential force resulting from friction and the normal force applied on the sled used for testing.


- Definition of melting and crystallisation temperatures :

- Definition of temperature of deflection under load :

Temperatures of deflection under different load values characterise the behaviour of rigid plastics under load at high temperatures.
This value is particularly important in the case of tubes as it indicates the reduction of supported pressures under the effect of a hot liquid.
They are given in degrees celsius according to NF T 51-005 which describes, for example, the increase rate of temperature : This way, normalised values can be distanced from the real use of the tube and it is for this reason that individual tube data sheets give the reductions in working pressures according to working temperature.

The temperature at which a flat-ended rod of 1mm2 penetrates a sample is considered the Vicat softening temperature.
It largely replaces the melting temperature in the case where the material does not have a definite melting point at a
determined temperature.
This value is given in degrees celsius according to normalised test NF T 51-021.

- Definition of temperature of cold brittleness :

It is a conventional temperature at which flexible plastic materials at ambient temperature, present brittle fracture according to the mechanical tests described above in the impact behaviour of materials (Charpy or Izod tests).
They can also be determined by a torsion test according to NF T 51-104.
It can be used for specifications or to compare different tubes, but does not necessarily determine the lowest temperature at which the tube can be used.

Conductivity quantifies the capacity of a material to conduct heat. The indicated values correspond to the normalised test
NF X 10-021 and are expressed in watts per metre and per degree kelvin (W.m-1.K-1).

The widely used UL94 flammability test has, for object, to indicate the capacity of a material to allow a flame to extinguish itself, once lit.
The best classification is VO followed, in order, by V1, V2z and lastly HB. It is important to note that UL 94 classification must always indicate the thickness of the sample used.
Whereby, the same material can be classed VO in 1.6mm thickness and V1 in 3.2mm thickness.
Certain materials are naturally fire-resistant (for example PTFE), for the other polymers, it is possible to increase their flame resistance with fire-resistant additives.

The oxygen rating according to NF T 51-071 gives an idea of the material’s behaviour under combustion by indicating the minimum percentage of oxygen in an oxygen-nitrogen mixture which maintains the material in combustion.
The higher this value, the better the behaviour of the material under flame.

This guide has been designed to assist in the optimal choice of the material comprising TECALEMIT FLEXIBLES® technical tubes, according to conveyed or surrounding fluids.
The following information results from static tests on solid samples immersed in chemical reactives (or their dilutions)
Not taken into account :
- Dynamic reaction, particularly cracking under strain
- Synergy effects when several fluids are in contact
Miscellaneous external aggressions should also be taken into account : Weather - ultraviolet - temperature - pressure, etc... to which tubes can be subjected.
The chemical products listed are the most frequently encountered ones.
Please contact the technical department for any particular assistance. 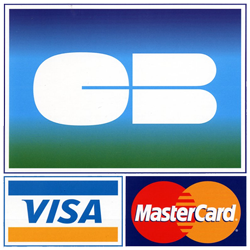 © 2023 Tecalemit Flexibles
Save
Cookies user preferences
We use cookies to ensure you to get the best experience on our website. If you decline the use of cookies, this website may not function as expected.
Accept all
Decline all
Read more
Unknown
Unknown
Accept
Decline
Analytics
Tools used to analyze the data to measure the effectiveness of a website and to understand how it works.
Google Analytics
Accept
Decline